January 12, 2011
With all the snow we've had so far, and a brand new pair of skis to boot, it pains me that I have only hit the slopes once this winter. Or, maybe the pain comes from a few rounds of clearing the driveway, the steps, the walkways, the deck, etc.

Just the same, here are some pictures from around the lot. I didn't take any after the storm that cut short my Christmas visits to family. That one dropped something like 15 inches around here. The ground was still mostly covered when we got hit with about six inches last Thursday night. I snapped this one after that: 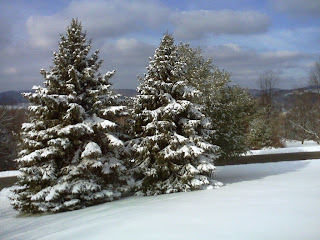 Here's a similar picture with a fresh foot on top of the snow that was already there: 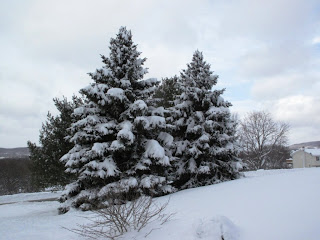 Moving behind the house, here's one of a junco (which for years I had been mistaking for chickadees), one of many birds that hang out near my deck, and obviously undeterred by a little snow on the handrail: 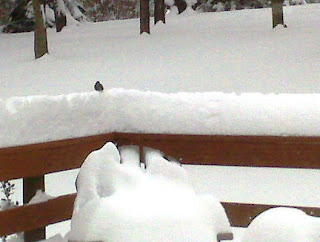 Tomorrow, I'll be shoveling the rest of the deck, but at least I can get out if needed: 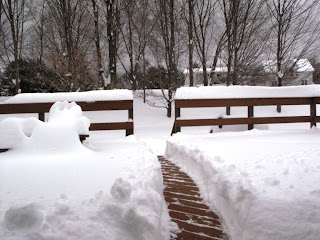 And, I can get to the grill if the desire for a grilled burger or steak strikes: 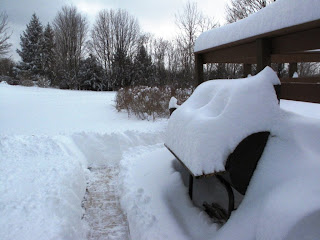 Had I been thinking, I might have tried skiing down the steps just once before clearing them: 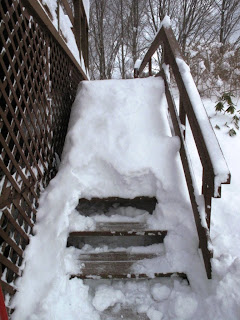 Anyway, let's take a look at the winter landscape. I posted long ago about the long winters, and the resulting appeal of evergreens. Here is one of my boxwoods... 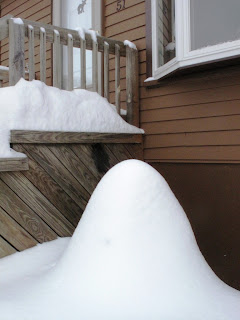 (it's green, really!) and here is one of my Alberta spruces: 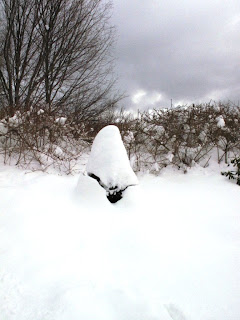 This is a dogwood. I got suckered into buying it when seduced by the fact that its red branches stood out nicely against the snow. I had forgotten until walking around with my camera: 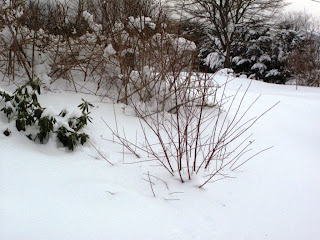 And, I would be remiss in not offering a picture of my viburnum. Sure, its symmetrical shape is evident in winter... 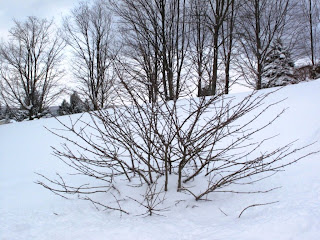 Well, regardless, it doesn't matter how much time I put into the yard: the bare spots, the weeds, all look the same when blanketed in snow: 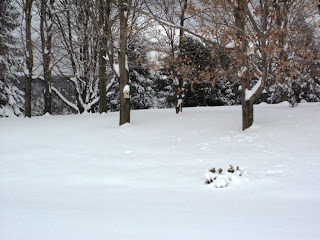 I haven't seen anything take refuge in that birdhouse visible above, but they do like sunflower seeds: 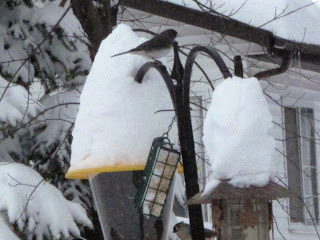 Now, what am I going to do about the snow on the roof? 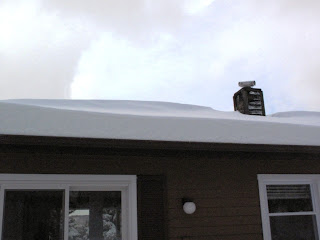 Trying to clear some of that will no doubt result in more pain. Still it's winter in the Hudson Valley. Nothing too unusual.
landscaping snow winter