Progress on the state-border quest 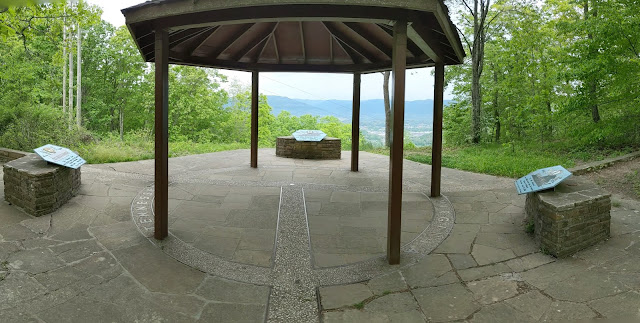 Atop the Tri-State Peak in Cumberland Gap, where Kentucky, Tennessee and Virginia meet Well, let's just cut to the chase. Five more state lines were traversed in 2021 and since I previously posted here. Two were crossed on my trip down to the Smokies in May, one when I went to the Cumberland Gap NHS and made it to the Tri-State Peak, and a second when I took a detour south to knock off NC–GA. Two more were crossed when I pushed a September road trip a bit farther north than prudence might dictate, but I did score AR–MO (an old near miss) and MO–OK. Finally, I got the AZ–CA monkey off my back in November, crossing that one on I-10 plus I-8 for good measure. Here's the list as of this January 9, 2022 posting (with the up-to-date list and details toward the end of this post): Alabama Florida Alabama Georgia Alabama Mississippi   ✅ Alabama Tennessee   ✅ Arizona California   ✅ Arizona Colorado   ✅🥾 Arizona New Mexico   ✅🥾 Arizona Nevada   ✅ Arizona  Utah   ✅🥾 Arkansas Louisiana
2 comments
Read more 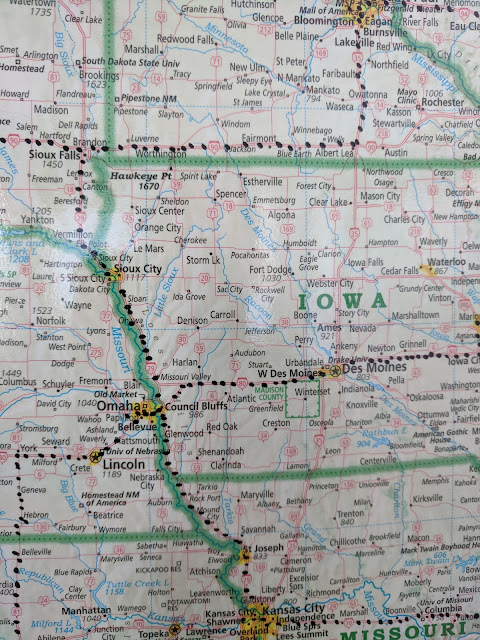 When I posted this at the beginning of 2020, the pandemic hadn't cut into any travel plans and I hadn't really identified paths to getting to the last bunch of state border crossings I needed. However, after crossing a few more in the last year, being close but not too close to a few others I was missing, and especially talking to more folks interested in this idea, well, the quest has gained some traction. One of the things that remains both fun and frustrating about this venture is how recently it came into my consciousness. Decades of road tripping led me so close to some of these state borders I'm still missing. If I had any inkling this would be something I'd end up pursuing, at least another half dozen crossings would have been completed. But it's also a reason to go back to some of these areas, which works well with other travel goals. After all, I keep finding more things to do in many states—NPS sites, ballparks, breweries, etc.—so I know I'll be plann
6 comments
Read more 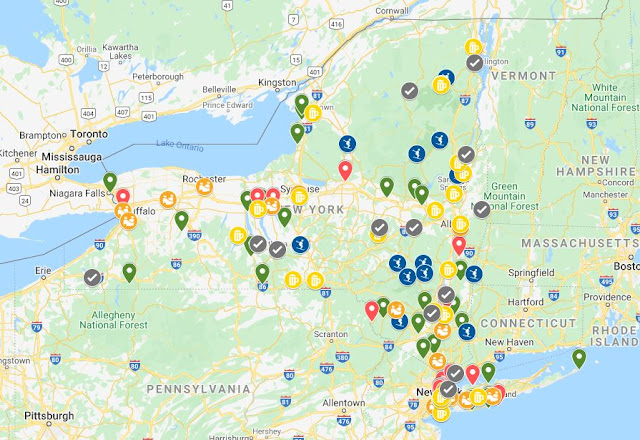 Since my last post focused on all of the interstate borders, I figure it would make sense for my next one to focus squarely within the borders of my Empire State. Actually, that post is worth a revisit, since I've crossed a few state lines since then, but like many of us I've been focusing on more local travel and that national one can wait for now. I'm sure there's a more direct way to share a Google map in Blogger, but this quick screen-grab upload should suffice. Even before the pandemic, the idea of spending time in each of New York's 62 counties had struck me. At the time of posting this, I'm up to 55 of them. Drive throughs don't count; only those where I've seen or done something like visited a National Park Service site, a New York State Park, attended a sporting event, etc, count for my purposes. My first attempt at keeping tabs of my New York travels was with a simple outline view of the counties, where I put a checkmark in each one as I recall
Post a Comment
Read more 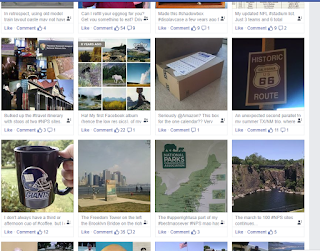 I may be HKHWR here, but on other social media sites, I am--or was--tthrash. I had been "tthrash" on Instagram since about 2012. I had my site built up to nearly 950 posts and topped out at just over ~300 followers. It was kind of my go-to on the road, as it was an easy place to share a quick picture, stamp a location and get the attention of interested friends and travelers. Its Stories feature was great for adding other details to posts, such as the local current weather, a relevant hashtag, etc. I was never looking for fame, but rather just a nice site to share pictures and stories of my interests, most of which were travel related, and some of which were connected to my affinity for craft beer. I used plenty of hashtags, but always tried writing them into my captions, rather than just stacking them all at the end. It even became a bit of a writing challenge to myself in fact. Then, my account was hacked on Nov 1. I received an email from Instagram that my passwor
Post a Comment
Read more 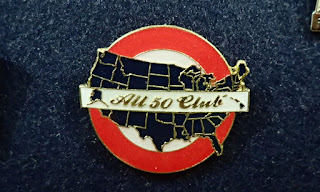 My All 50 States Club pin It was November 2004 when I joined the all-50-states club. A quest that I first considered possible in 1991 was completed when west coast work trips two out of three weeks simply screamed for me to arrange flying to Hawaii for the week in the middle. Noting cheap inter-island flights, I charted the Hawaiian adventure with several days each on Oahu, Maui and the Big Island, and knocked off the Aloha State's two National Parks (and the Valor in the Pacific NHS) before ever setting touching all 59 of them as a possible travel goal.  I actually knew the year before I'd be heading to Hawaii, as I enjoyed a great Alaskan trip that included a boat tour operator in Kenaii Fjords National Park precisely pointing the boat southward and noting that the next land mass we'd hit would be Hawaii. "Next year," I remember thinking. It made sense to me after all that the 49th and 50th states would be the 49th and 50th I visited.  Further, if w
6 comments
Read more
More posts