July 11, 2010
I recently noticed something similar about some of the trees in my yard and the research I've done on my family.

I wasn’t in this house long when I recognized a problem with the four maple trees that were at the top of my driveway. Planted too closely, there was inadequate space for them now that they had matured. Several arborists gave me differing ideas on what to do, all involving felling at least two of them. I combined their expertise in deciding the two that had to go. One of the remaining trees is magnificent, maybe 40-feet tall, and just as wide. The other is not quite as wide, but just as tall. Together, from my window, they have a great profile. From the curb, however, the story was different, with a noticeable concave mass missing from each in space formally occupied by the other two trees. I had been assured, though, that they would grow out. While not there yet, three years later, they’re filling in nicely. Perhaps in a year or two they will have fully rounded out.

I see parallels between these maples and my family tree, which, as many of you know, I spent much time researching several years ago. Still though, my family tree bears that concave shape that my maples had displayed to those passing down my street: Many branches are well formed and very symmetrical, but there are others that I really wish I could complete. One branch in particular frustrates me, as it seems I should have learned more than I have.

I refer to my great-great grandparents, George and Sybilla (Leiby) Bowes. I know much about Sybilla and her pedigree, as Leiby ancestry is well sorted in genealogy centers and on the web, and traced “back to the boat” (The Samuel, if you’re curious, which arrived here on August 17, 1733). In fact, I have found six of her eight great grandparents, and many more of her direct ascendants. No, Sybilla is just fine. The pictures in this post are of her (I'm not sure of her age in the charcoal sketch; she is the middle of the other picture, from 1934). Her husband George, however, has given me fits. 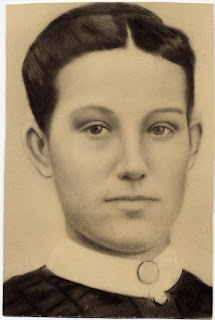 What do I know about him? Well, George and Sybilla had 10 children. I have found their 1869 marriage record, their U.S. Census records from 1870–1920, and their wills. I have even found their tombstone in Numidia, Pennsylvania. They're buried between their grandson (my paternal grandfather's brother George) and one of their sons (W. Edmund Bowes); in fact, I have connected with descendants of this son. George had a younger brother Jacob, and was a Civil War veteran according to family lore. Finally, George owned a farm for over 50 years, and employed many farmhands, including his children and some of his grandchildren. While many records for him are readily available, I have still been unable to confirm his birth date and location (both of which vary on different censuses), and his parents. This information is usually found on a birth record and death certificate, but neither could be located (not through the state, nor through the church where he is buried), nor could a Civil War record be confirmed. As he died 83 years ago, I know nobody who ever knew him. 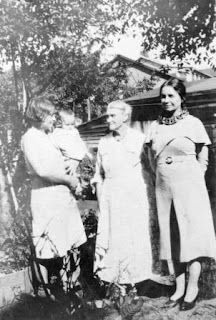 In genealogy, we think of these challenges as brick walls. But, brick walls are tough to knock down. I like the maple tree analogy better: I gave mine time, and they’re filling in. My family tree should similarly fill in as additional old records are made available, and as others take interest in their family history, researching the same names, finding connections and sharing them. In fact, I was recently pointed to both an 1860 census record that has a George Boas and his brother with ages corresponding to my information, and a Civil War record for this individual. Finally, while I’ve connected with numerous cousins on Facebook who share some of my genealogy interest, I am only just tapping into the Blogosphere as a possible resource.

I remain befuddled but hopeful that, given time, all of my trees will fill in.
ancestry family history George W. Bowes old family pictures Sybilla Leiby trees